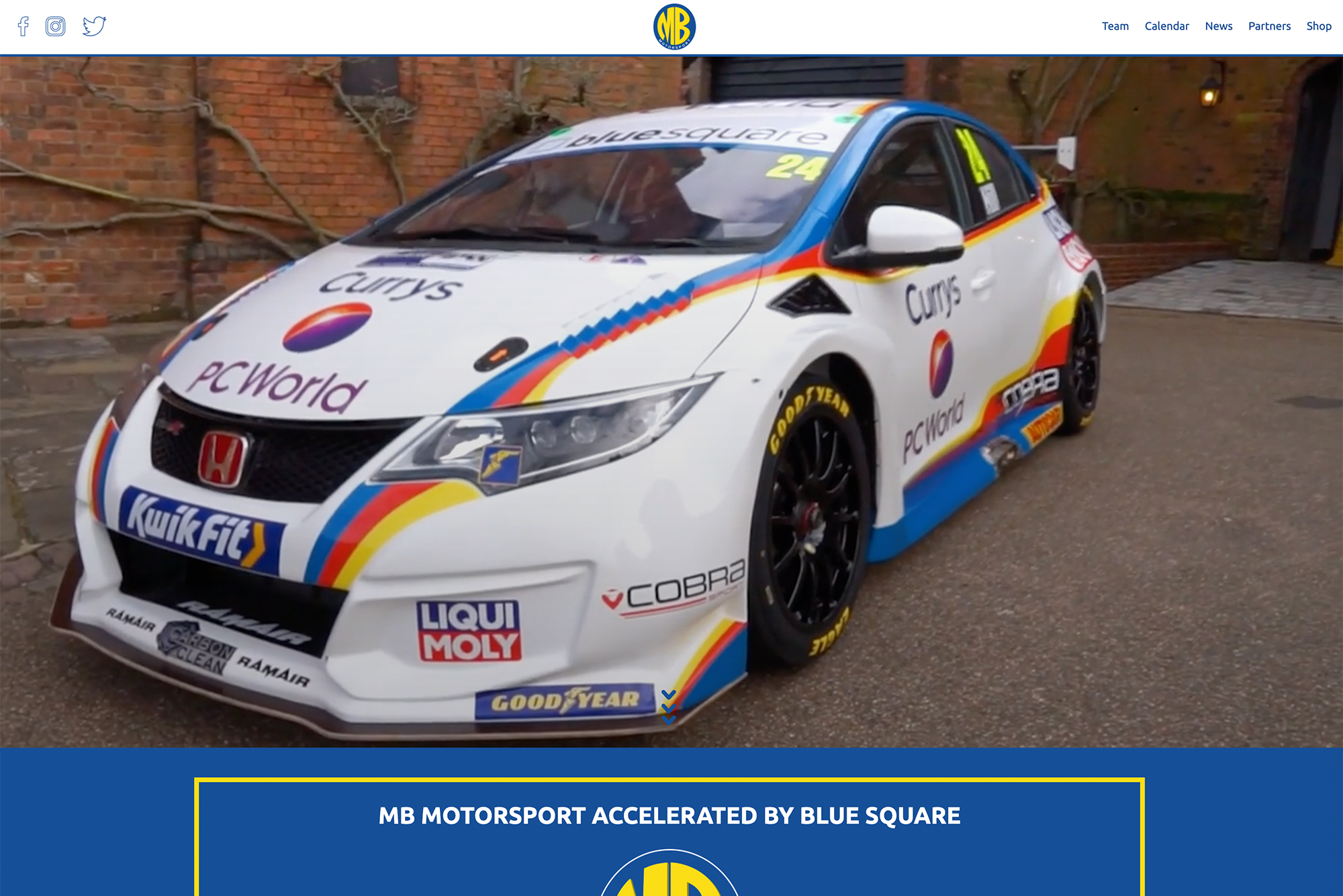 As a new team in the British Touring Car Championship we have been supporting the MB Motorsport Team to win the off-track battle. In their debut season it was vital that the team got off to a winning start with both their partners and fans.

The website was built from scratch with a live instagram integration, a user-friendly CMS and e-commerce functionality. Alongside this, the site was built alongside an SEO review of the market to ensure they secured key terms for the success of the MB Motorsport brand.

The MB Motorsport team now manage the website with full control over the front and back end with content updated throughout the course of the season.

In addition, we supported the MB Motorsport team with media production for social and partner channels throughout the team’s successful season.

"Working with Childsey to develop our web presence has been a real boost for us. Building our own team and brand for this season meant we had to hit the ground running and make an impact with the Championship's fan base. The team at Childsey have been ultra professional and slick from the get go and has helped us to establish a strong following from day one!"